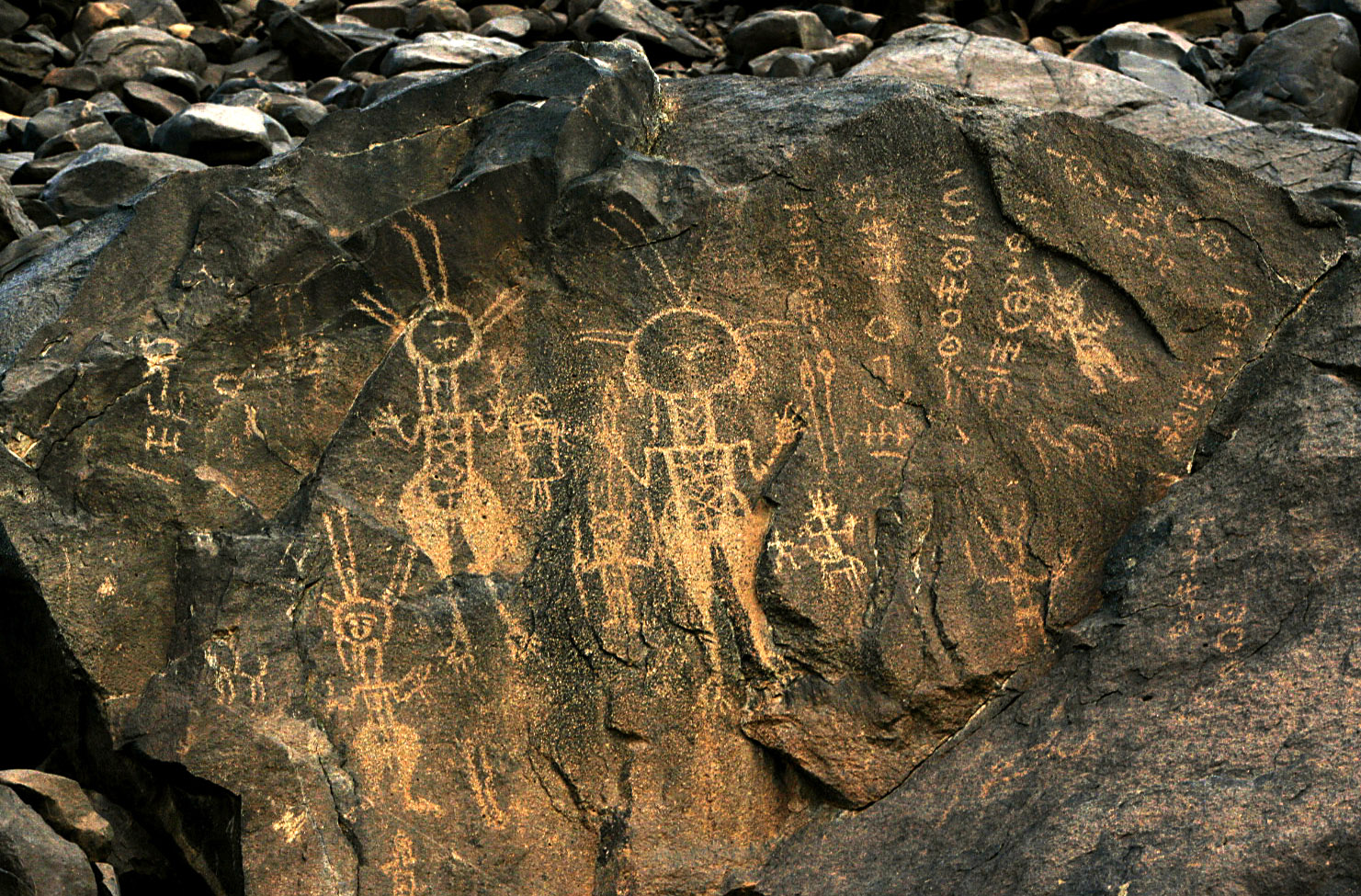 
Arakoa was the third and smallest of the three major rock carving sites we visited in the Eastern Air Mountains. I believe they they are also estimated to be between 2-4,000 years old.

There were not many carvings here and were only a few animals and some stylized humans called "Libyan Warriors" by archaeologist Henri Lhote. They were humans holding spears and some researchers believe they were Touaregs.

There were very large chunks of the green rock in the valley and a small pond as well. Our touareg drivers drank directly from the pond and filled their water jerrys with it.